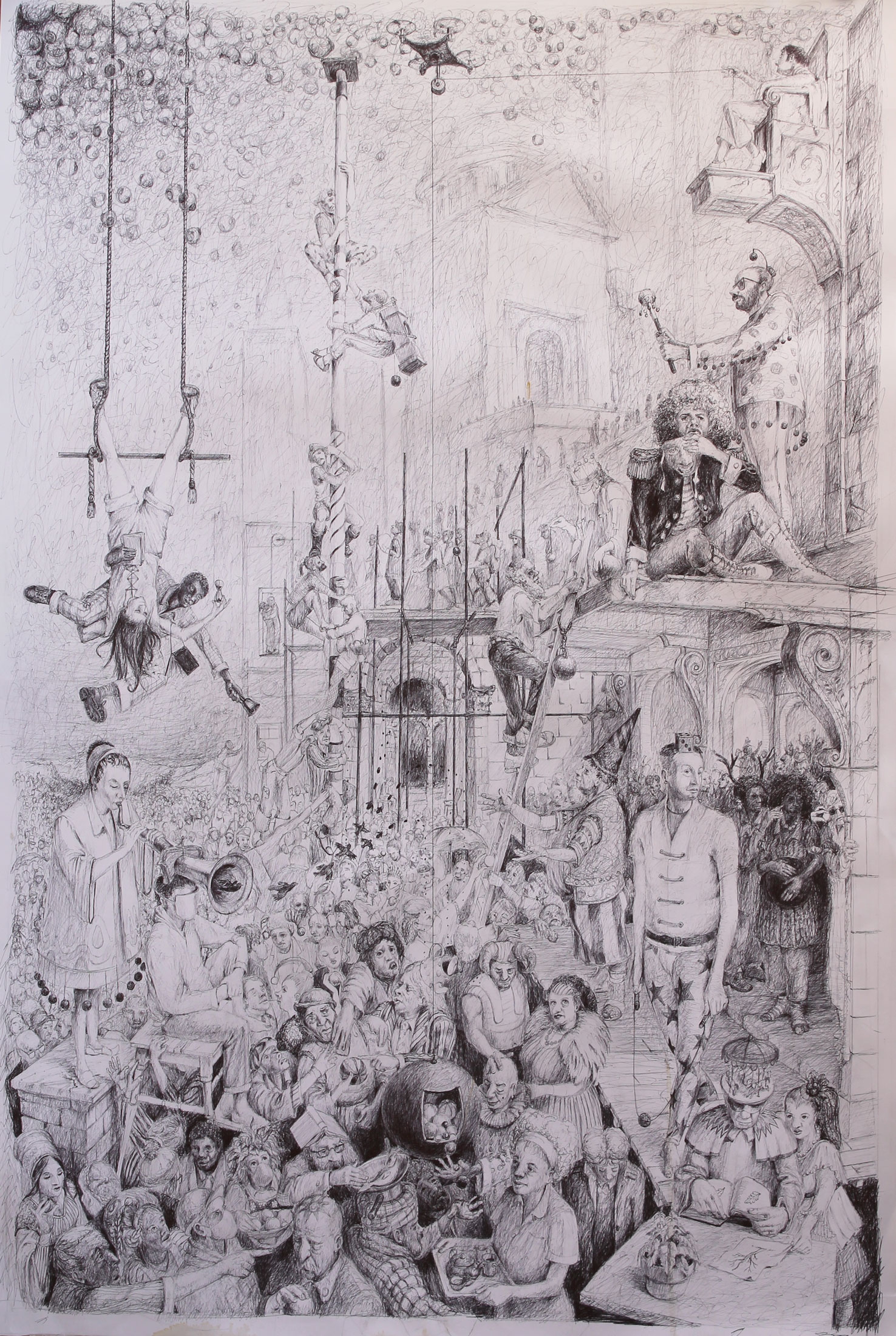 Influenced by Hogarth and Bruegel, this image considers our material desires, which I have represented as spheres, which inevitably translate into floating CO2 molecules. The elevated elites remain distant, as clamoring people gather before a stage of performers. Away from the throng, the greasy pole shows its self as route to nowhere. Fake news and a portend hover to the left of the image. The focal point shows a small seated figure waiting beneath a scaffolded arch, waiting to pass through the new world that we are trying to buy. There are several little tableau scenes in the composition, which are intended be interpreted in the context of Black Friday.